The long and tragic series of events which set the stage for the formation of the Paw Paw Fire Department was a very real part of the early history of the village. Beginning with the destruction by fire of a sawmill on the river at the west end of Main Street in 1839, the newly platted village would experience uncontrolled fires often during the next thirty years.

Numerous individual residential and commercial fires occurred and, on three occasions, large sections of the business district between Gremps and Niles Streets were totally destroyed. In 1859, the Exchange Hotel, where the Dyckman Restaurant now stands, was destroyed. A bucket brigade composed mostly of women and children drew water from the river in two small cisterns for the men who fought the blaze in vain.

At the next town meeting, the need for an organized fire department and equipment was discussed. The only action taken was a request that all local businesses shall “provide and keep a number of pails, available and suitable for fire and on the alarm of fire, residents were requested to hasten to the scene and present themselves for services as needed.”

A few years later, 1866 saw both sides of Main Street west of Kalamazoo Street partially destroyed. One of the businesses destroyed was the Smith Clothing Store. In the same year, two other businesses were destroyed in the spot where the Warner’s supply building currently stands.

In the spring of 1868, the north side of Main Street, between the Dyckman Hotel and the Post Office, was swept by a fire that lasted for two days. Once again, the matter of an organized fire department was discussed by the village trustees. A special meeting was set to be held on September 6, 1868 to discuss the matter of a fire department. At this meeting, a board was appointed to draft an ordinance for the organization of a fire company and to investigate the cost and availability of fire equipment.

On Oct. 28th, 1868, the board of trustees gave the approval to purchase the first fire apparatus: a hand drawn engine costing $1050, a hand drawn hose cart costing $200, and 306 feet of hose costing $369. The engine was hand lever operated and was supplied by dumping water into a small tank using either buckets or a suction hose.

Currently, the Fire Department has forty active members and numerous honorary members. All of the members, including the Officers are totally volunteer. They receive no compensation for the work that they do. Paw Paw is one of the very few departments left in the state that are totally volunteer and they are extremely proud of that tradition. The department services all of Paw Paw Township, the Village of Paw Paw, and portions of Antwerp, Almena, and Waverly Townships, covering a total of 88 square miles. The Department responds to all fire emergencies as well as calls for extrication. In 2004 the department responded to 246 calls for service.

The department is presently in the process of replacing the 1980 GMC/Pierce pumper with the area’s first 105’ straight stick heavy-duty ladder truck at a cost of just under $550,000. It is currently being manufactured by Smeal Fire Apparatus in Snyder, Nebraska and is due to be completed in mid-March. The ladder will improve firefighter safety and will give the department better access to fires in our ever-growing business districts. It will also be utilized for mutual aid with surrounding departments. 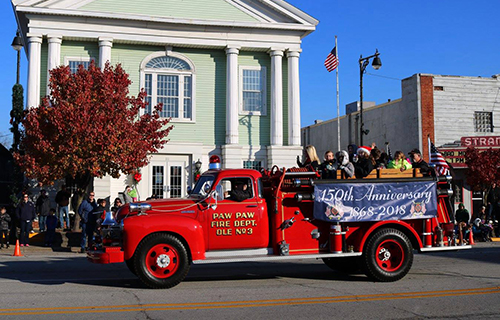 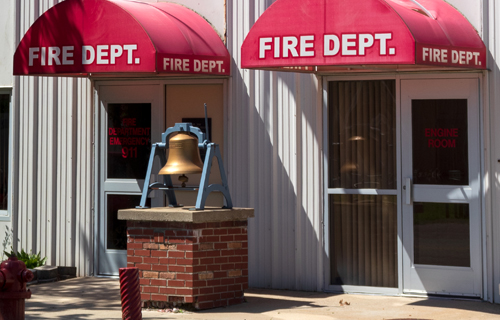 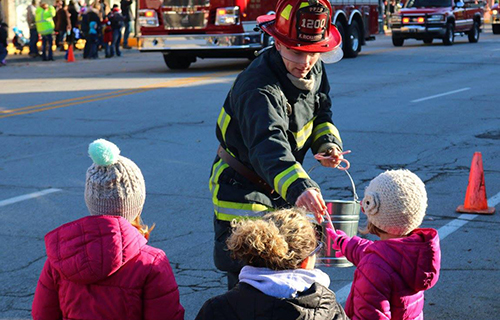 All files on this site are in PDF form